, /PRNewswire/ -- (NASDAQ: VIACA, VIAC) and ("Gray") (NYSE: GTN) today announced a multi-year agreement that renews all 47 of its network affiliations for stations, including two top 25 market affiliates, WOIO in , O.H. and WBTV in As part of the agreement, Gray's affiliates will continue to be locally available to subscribers on Paramount+ and widely distributed across vMVPD platforms.

Gray is one of the largest operators of affiliates, covering approximately 11% of the audience and serving nearly 13 million households across the combined 47 markets. Upon its acquisition of the Meredith Corporation's Local stations later this year, Gray will become the largest owner and operator of affiliates serving 55 markets reaching 18% of households.

"We are happy to have renewed these important license agreements with to continue to inform and entertain audiences across the country with leading programming," said , President, Networks Distribution, . "This deal underscores our longstanding commitment to building successful affiliate partnerships that create shared and enduring value."

" is an important partner, and we are pleased to have reached an agreement that builds upon our longstanding relationship," said , Co-CEO of . "We look forward to better serving our audiences by combining our valuable local content with premium programming across entertainment, news and sports in the years to come."

About
(NASDAQ: VIAC; VIACA) is a leading global media and entertainment company that creates premium content and experiences for audiences worldwide. Driven by iconic consumer brands, its portfolio includes , , Paramount Pictures, Nickelodeon, , , , Paramount+ and Pluto TV, among others. The company delivers the largest share of the television audience in and one of the industry's most extensive libraries of television and film titles. In addition to offering innovative streaming services and digital video products, provides powerful capabilities in production, distribution and advertising solutions.

For more information about , please visit www.viacomcbs.com and follow @ViacomCBS on social platforms. 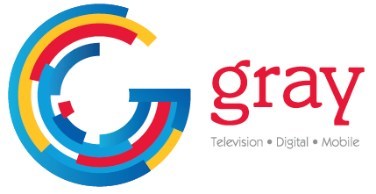