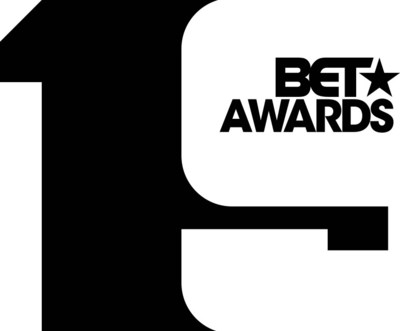 , the now world-renowned producer, director, actor, screenwriter, playwright, and author, built his entertainment empire up from meager beginnings. Inspired by a simple piece of advice from , Perry began his career by simply putting his thoughts and life experiences to paper, creating the foundation of his acclaimed catalog of plays, films, television series, and award-winning novels. Taking his iconic character Madea from stage to screen, Perry introduced the world to a "God-fearing, gun-toting, loud-mouthed grandmother," in 2005's "Diary of a Mad Black Woman." He's since gone on to create numerous successful feature films and scripted series like "" and "The Haves and The Have Nots" that bring messages of spiritual hope and down-home humor into homes across the country.

In the Fall of 2006, Perry opened a 200,000 square foot studio in which during its operation, was home to over 15 films and 800 episodes of Perry's five television series. In 2015, expanded and opened a state-of-the-art film and television studio on the historic grounds of the former army base.  The new 330-acre campus is one of the largest production studios in the country boasting 40 buildings on the national register of historic places, 11 purpose-build sound stages, 200 acres of green space and an expansive backlot.  His unique brand of inspirational entertainment has authentically spoken to and impacted black culture and helped shape the future of black entertainment.

, Executive Vice-President, Head of Programming at will serve as Executive Producer for the "BET Awards" 2019 along with , CEO of .

BET.com/betawards is the official site for the "BET Awards" and will have all the latest news and updates about this year's show.

ABOUT BET NETWORKS
BET Networks, a subsidiary of (NASDAQ: VIA, VIA.B), is the nation's leading provider of quality entertainment, music, news, and public affairs television programming for the African-American audience. The primary channel reaches more than 90 million households and can be seen in , , the , the , and sub-Saharan Africa. is the dominant African-American consumer brand with a diverse group of business extensions: BET.com, a leading Internet destination for Black entertainment, music, culture and news; BET HER, a 24-hour entertainment network targeting the African-American woman; BET Music Networks - BET Jams, BET Soul and BET Gospel; ; BET Live, growing festival business; BET Mobile, which provides ringtones, games and video content for wireless devices; and , which operates around the globe.

ABOUT "BET AWARDS"
The "BET Awards" is one of the most watched awards shows on cable television according to the . The "BET Awards" franchise remains as the #1 program in cable TV history among African-Americans, and it is #1 telecast every year. It recognizes the triumphs and successes of artists, entertainers, and athletes in a variety of categories.

ABOUT JESSE COLLINS ENTERTAINMENT
(JCE) is a full-service television and film production company founded by entertainment industry veteran Jesse Collins. For more than a decade, Collins has played an integral role in producing some of television's most memorable moments in music entertainment. Collins has produced groundbreaking and award-winning television programming, including "BET Awards," "Grammy Awards," "Soul Train Music Awards," "BET Honors," "UNCF An Evening of Stars," "ABFF Awards" and "BET Hip Hop Awards." Collins was an executive producer of the hit TV series "Real Husbands of ," starring , and the critically acclaimed "The New Edition Story," a biopic on the boy band that aired as a three-part miniseries on in . He is also the executive producer of shows "Dear Mama" and "Hip Hop Squares" with Ice Cube. Most recently, JCE executive-produced "The Bobby Brown Story." The miniseries picked up where "The New Edition Story" miniseries left off and chronicled the talented but troubled singer's exit from the popular 80s boy band through his solo success. It debuted on in and was the highest-rated non-tentpole program on the network since "The New Edition Story." Next for JCE is the second season of "American Soul" on and upcoming series "Rhythm and Flow."

ABOUT TYLER PERRY STUDIOS
Tyler Perry Studios is a state-of-the art film and television production facility founded in 2006 by actor, producer, filmmaker, playwright and philanthropist . Located in on the historic grounds of the former army base, the new 330-acre campus is one of the largest production studios in the country. It boasts a variety of shooting locations including 40 buildings on the national register of historic places, 11 purpose-built sound stages, 200 acres of green space and an expansive backlot.